Contrary to popular belief, the location of Mozart’s grave in Vienna is not such a mystery after all. Sort of. 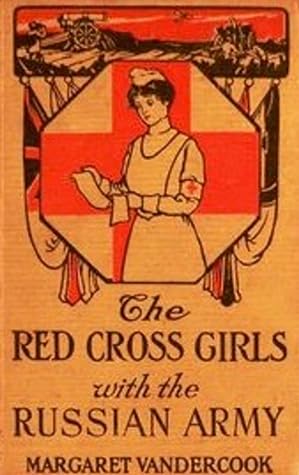 View, download and print in PDF or MIDI sheet music for Watery Graves by Laura Shigihara. Frostgrave Perilous Dark.pdf - Free download Ebook, Handbook, Textbook, User Guide PDF files on the internet quickly and easily. A 2003 photo of Ruth Morin, CEO of the Neche Institute at the site of unmarked graves on the grounds of Poundmaker’s Lodge, a treatment centre located on the grounds of a former residential school.

Where was Mozart buried?

Mozart died on December 5th, 1719. As one newspaper of the time described it (my translation):

All of Vienna, and along with this Imperial city all of the musical world, mourns the untimely loss of this immortal man.

The trouble all started because they buried the great composer in a standard, unmarked plot in the St.Marx cemetery (now a park) in Vienna’s third district. This was perfectly normal practice at the time.

Note we’re not talking about a mass pauper’s grave, as often claimed or represented in popular media, but simply an unmarked one.

In fact, the idea of Mozart as some poor musician scraping by on handouts largely belongs to the realms of myth. He earned huge amounts of money (though he spent a fair deal, too, it must be said). Anyway, the problem is the word “unmarked”; not so much as a stray piece of sheet music identified the last resting place of one of history’s greatest composers. Equally, very few people attended the actual burial: not even his wife. Again, all normal for the time.

This state of affairs later led to confusion as to the grave’s exact location.

Efforts were made, however, in the mid-1800s to identify the most likely site, and instructions given to cemetery staff to ensure the location was kept in good order. A proper memorial stone designed by Hanns Gasser went up there in 1859.

So far so good, but we’re not at the end of the story.

To celebrate the centenary of Mozart’s death, that memorial moved to the central cemetery (Zentralfriedhof) to join a cluster of musician’s graves featuring the likes of Beethoven and Schubert.

Which means if you see something looking like Mozart’s “grave” in the Zentralfriedhof, it’s just a monument and NOT the actual grave.

Meanwhile, back in St.Marx, a large stone slab eventually marked the grave’s location, and subsequent years saw the addition of further adornments (including a stone angel and column).

The current display results from restoration efforts in 1950, which repaired damage caused by WWII bombing (a not uncommon problem for Vienna’s historical sites), and further restoration in 2016.

Burials at St. Marx ended in 1874, but the cemetery remains in good condition and serves as a rather wonderful park. The combination of nature and old gravestones has created a remarkably peaceful and unique look and atmosphere.

Our story is still not over, though.

First, we’ll likely never know if the marked location truly is the actual plot where they laid Mozart to rest. We’re assuming the 19th-century Viennese got it right.

Second, this kind of grave was not permanent back in the late 18th century. Which means they typically dug up the bones after ten years and reused the site for a new burial. So even if it’s the correct grave, Mozart is almost certainly no longer in it.

Nobody knows what happened to Mozart’s actual skeleton once they reused his burial plot. A skull in the hands of the Mozarteum Foundation in Salzburg is alleged to be Mozart’s, but nobody is sure – scientific tests proved inconclusive.

How to find Mozart’s grave

Unfortunately, the cemetery is not in the most convenient location in Vienna, sandwiched behind a bend of the A23 Autobahn.

Take trams 18 or 71 (which leaves from the central stops along parts of the Ringstrassen) to the St.Marx stop, then walk for a few minutes following the “St. Marx Friedhof” signs.

You can find the grave easily enough inside. Go through the main cemetery entrance and walk down the aisle of trees until it forks and just look left. A sign helpfully points to the “Mozartgrab” (it’s plot 179).

If you’re in St.Marx cemetery, check the grave at plot 207 (Anna Gottlieb), too. She was the soprano who played Pamina at the premiere of Mozart’s The Magic Flute in 1791 (just before his death).